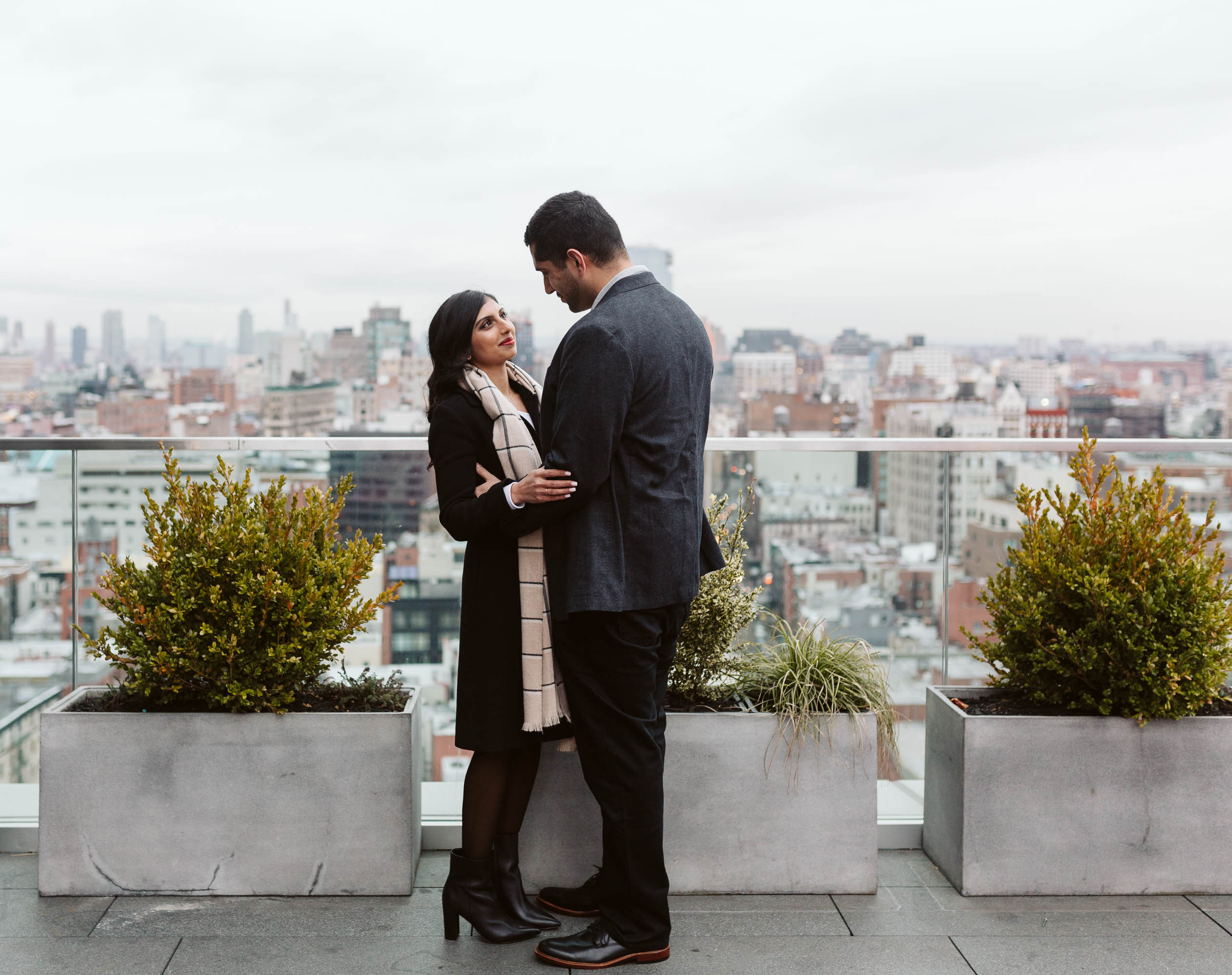 Nik contacted me and told me he was planning to propose to his girlfriend, Meghana. As a NYC wedding photographer, I’m often contacted to be a secret proposal photographer, and it’s such a thrill! A proposal is such a sweet, intimate moment, where your partner gets down on their knee and asks you to spend the rest of your life together. It’s the moment when things become official – when the next chapter of your journey together begins.

Nik picked a rooftop bar called CitizenM in the Lower East Side where he and Meghana often went on weekend dates. It was a perfectly romantic NYC proposal location with stunning panoramic views of the city, including the Empire State Building and World Trade Center. Nik and I had a few calls to plan things beforehand, and then I arrived early the day of the proposal to scout out the area. He sent me a photo of the two of them so I would be able to recognize them. I sat at a table and blended in, all the while keeping in contact with Nik via text, giving recommendations of where a good spot for photos would be.

As soon as I saw them, I kept an eye on them inconspicously, until the moment I saw giving a emotional speech from the heart. I whipped out my camera with my zoom lens (so I could keep my distance) and captured the moment when he asked her to marry him.

Afterwards, we hung out at the rooftop bar and took some more photos to celebrate their engagement! I asked Meghana if she had known he was going to propose that day, and she said she absolutely did. That’s what I usually hear–it’s hard to keep a secret that big from someone you love that much! The important thing in a proposal is not about being a surprise, but being genuine and sincere.

Planning a proposal of your own? Contact me and I’m happy to give you some ideas and input! I love being a secret proposal photographer.

620 Loft and Garden Elopement in NYC 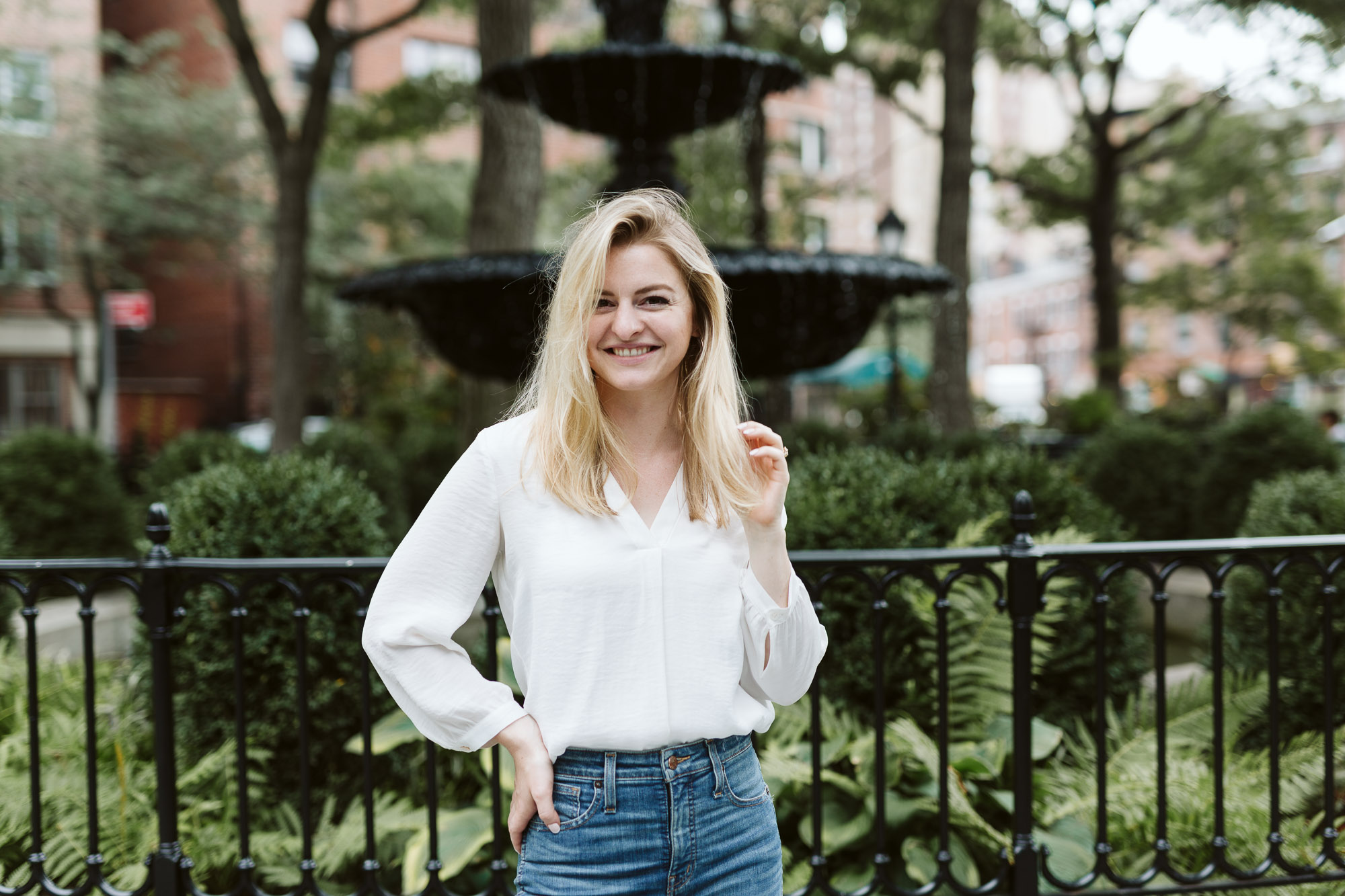 If you're getting married, we need to chat! I can't wait to hear all about you and your love and how I can help make your wedding day unforgettable. Contact me and let's make it happen!